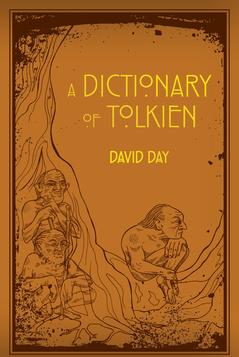 NEVERMORE: A Book of Hours

A distillation of thirty years of research and meditation by author and poet David Day, an acknowledged authority on the extinction of species. In its conception and approach, NEVERMORE is unlike any other natural history. It is shot through with a combined sense of wonder and savagery in vivid first encounters and last glimpses of each of these now vanished species. Its commentaries are a treasure trove of historic events and insights to be found nowhere else. In NEVERMORE: A Book of Hours, we see how the fates of animals are linked to human history: Julius Caesar with the Aurochs, Marco Polo with the Elephant Bird, Christopher Columbus with the Eskimo Curlew, John Cabot with the Great Auk, Jacques Cartier with the Passenger Pigeon, Vitus Bering with the Steller Sea Cow, Charles Darwin with the Antarctic Wolf. NEVERMORE: A Book of Hours is a modern bestiary and a book of remembrance. It is illustrated by four distinguished artists; and is a tribute and requiem to vanished species.

"Fascinating… part elegy, part call to arms, Nevermore is one of the most original and striking books of the year." - Steven Woods, Quill and Quire

"Nevermore is a gem of a book. It will give hours of pleasure and is the kind that one can re-read over and over and even quote from." - Robert Bateman

"Nevermore is a terrific idea and the stories are wonderful." - David Suzuki

​Nevermore: A Book of Hours - Meditations on Extinction - Paperback - 2012

​Alice's Adventures in Wonderland DECODED
This gorgeous 150th anniversary edition of Alice's Adventure in Wonderland is also a revelatory work of scholarship. Alice's Adventures in Wonderland is a book many of us love and feel we know well. But it turns out we have only scratched the surface. Scholar David Day has spent many years down the rabbit hole and has emerged with a revelatory new view of its contents. What we have here, he brilliantly and persuasively argues, is a complete classical education in coded form - Carroll's gift to his "wonder child" Alice Liddell.  Day reveals the many layers of teaching, concealed by manipulation of language, that are carried so lightly in the beguiling form of a fairy tale. His novel is a memory palace, given to Alice as the great gift of an education delivered in coded form because in that age, it was a gift no girl would receive in any other way.  Day also shows how the characters in the book are based on real Victorians. Wonderland, he shows, is a veritable Who's Who of Oxford.

"I've been reading the Alice adventures since my childhood, and David Day's book is the one that I would have wanted to write, had I his talent, wit and wisdom. It is the perfect vade mecum for all travelers, new and seasoned, who venture into Alice's realms. In the words of the poet, "O frabjous Day!" - Alberto Manguel.
"We all think we know Alice’s Adventures in Wonderland, but David Day's seductively scholarly new look at the background to the tale reveals the rich and labyrinthine workings of its creator and the Victorian mindset that inspired it."- Michael Palin

THE FULL TEXT OF CARROLL'S NOVEL WITH ITS MANY HIDDEN MEANINGS REVEALED BY DAVID DAY - HARDCOVER – SEP 29 2015. 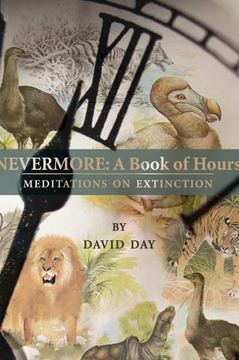 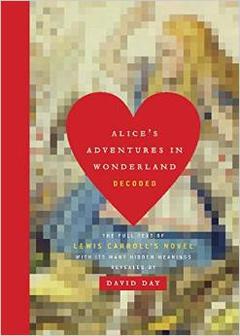 A Dictionary of Tolkien

J.R.R. Tolkien is the father of modern fantasy. He created characters and a world so rich with details—and so unique—that it warranted a whole new vocabulary along with it. His creation of language is not surprising, considering his first civilian job following his service during World War I was working on the Oxford English Dictionary. Inside, you’ll find a chronology of Tolkien’s life, along with a short biography and an explanation of his writings. Then flip through the dictionary to discover names and terms from , the great caverns beneath Helm’s Deep to Zirak-, the peak where Gandalf battled the Balrog of Moria.  And between this A and this Z, you will discover over 500 entries under the names of persons, places and things in Tolkien's world. Beautifully illustrated by award-winning illustrators, like Victor Ambrus, Ian Miller, Lidia Postma and Allan Curless, this companion with its beautiful -burnished cover serves as a terrific resource for all those in love with Middle Earth and its inhabitants.

"A comprehensive guide to every important aspect of Middle-earth and the Undying Lands… A stunning tour de force." - Detroit Free Press.

“Tolkien: A Dictionary is a neat little book whose title says exactly what it is: Middle-earth from Aglarond to Zirakzigil. The soft leather-like flexible cover makes it the perfect companion. The numerous black and white illustrations are superb.” – Noble Smith, Top Tolkien Books of the Year, Huffington Post.

​​An Atlas of Tolkien

J. R. R. Tolkien’s fictional universe is as vast as the human imagination, so an atlas is a helpful tool to get around. Consider this navigational guide to Middle-earth and the Undying Lands. Maps, images, and vivid descriptions in full color create an enchanting reference to all the fantastical places and creatures that sprung from Tolkien’s mind.

The Atlas contains 46 pages of maps, chronologies and genealogical charts, along with over 100 pages of full-colour illustrations by 30 distinguished fantasy artists of landscapes, cities, events, battles and incidents in the evolution of Tolkien's world from its creation until the aftermath of the War of the Rings. The deluxe, heat-burnished cover makes this a charming addition to your Tolkien library.

"Day's enthusiasm is infectious, and he concisely retells the myths he examines with some verve." Sunday Telegraph on David Day Tolkien's Ring. 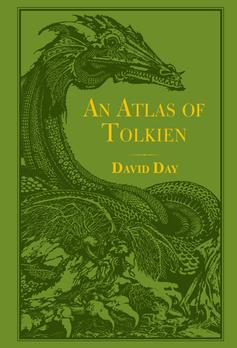 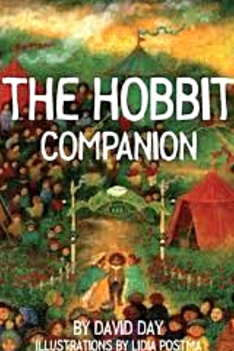 Dissecting the brilliant web of verbal hocus-pocus that J.R.R. Tolkien delightedly spun in The Hobbit and The Lord of the Rings, master hobbit investigator David Day reveals the myriad crafty puns and riddles, hidden meanings, and mythical associations beneath the saga's thrilling surface. Starting with the word "hobbit" itself, the book moves on to examine Bilbo Baggins, hobbit heritage and history, Gandalf, Shire Society, and much more. Intriguing to the uninitiated and enchanting to the Tolkien enthusiast, this companion can only enhance one's enjoyment of his mysterious world. Tolkien's masterpiece is explained in this exploration of the inspirational power of language for all Tolkien enthusiasts, complete with original and beautifully atmospheric drawings and paintings by Lidia Postma, one of Holland's finest and most celebrated contemporary illustrators.

“Regardless of whether or not you have any interest in language or linguistics, this is definitely a book worth reading. It is a remarkable attempt to see into the mind of the man who “discovered” Middle-earth and its inhabitants…. I thoroughly enjoyed this book. …. The Hobbit Companion will provide you with a greater appreciation for the time and care Tolkien put into his stories. I look forward to reading whatever Day comes out with next.” - Britta Seamen, Tolkien-Britta Reviews 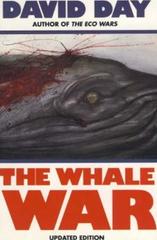 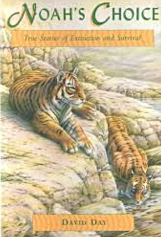 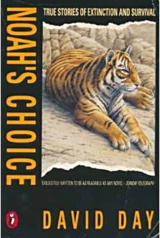 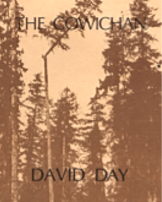 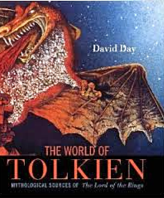 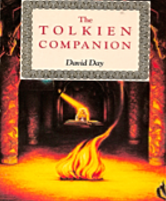 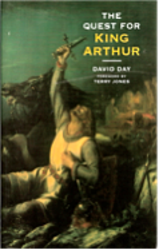 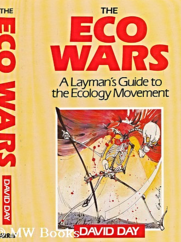 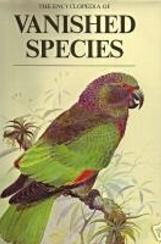 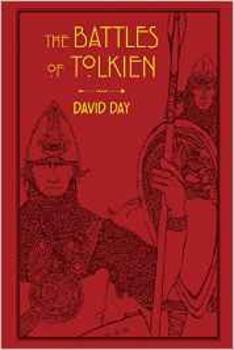 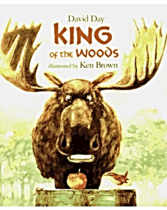 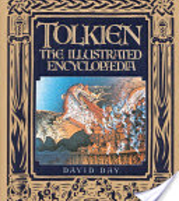 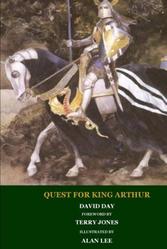 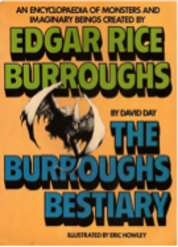 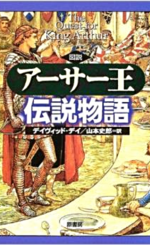 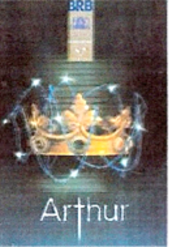 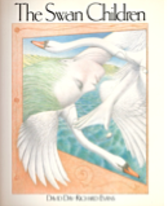 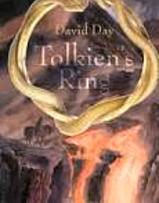 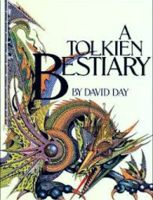 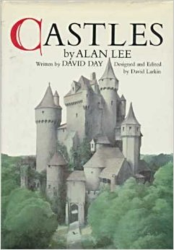 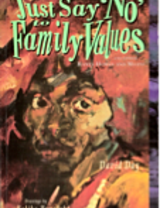 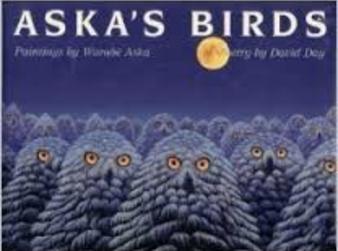 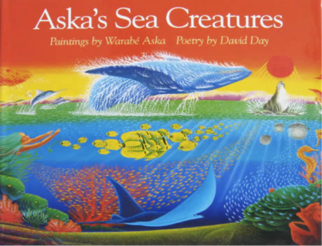 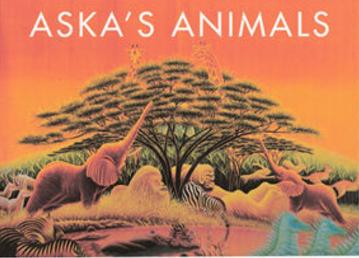 This original fairy tale is set in the time of China's ancient celestial empire when the world was filled with a multitude of wonderful and mythical creatures. It is the story of the first panda the world has ever seen, Lord Beishung, "the rarest, most magical and wisest of all creatures in creation." He helps a poor young shepherd boy, Kung the fluteplayer, whose life has been changed by the appearance of three strangers. Kung must embark on a great journey, a journey made perilous by evil wizards, phantoms and magical beasts. The Emperor's Panda first appeared in the wake of the very first Panda visitors to Canada. Nearly 30 years ago, Qing Qing and Quan Quan were guests of the Toronto Zoo for three months and were the author's inspiration for this charming story. The release of this new edition is to mark the arrival of Da Mao and Er Shun: Canada's latest Panda visitors. It is also an opportunity for a new generation of children to be enthralled by this magical tale.

"One of the most lyrical enchanting children's books ever published." - Maclean's Magazine.

"This is a story that flows as smoothly as a richly embroidered ribbon of silk." - CM Review

The Battles of Tolkien

The history of J. R. R. Tolkien's fictional world of Middle-earth is filled with epic battles in an ongoing struggle between good and evil. The Battles of Tolkien  many of the greatest conflicts over thousands of years, from the earliest skirmishes of the Valarian Ages to the defining battles in the War of the Ring. Insightful commentary by Tolkien scholar David Day discusses how the people, tactics, and weapons influenced the outcome of each battle, and also how the legends of Middle-earth relate to the real-world mythology on which Tolkien based his famous literary creation. Maps and full-color illustrations help bring this rich universe , making it an invaluable reference book for Tolkien fans of all ages​